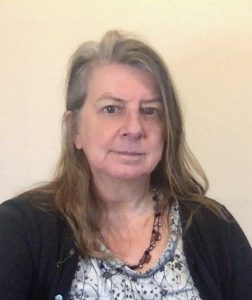 self-defense, yoga, and energy practices for over 25 years. Recently promoted to 7th level black belt in Bando by Dr. U Maung Gyi, she has trained extensively with Grand Master R Joe Manley, a founding member of the American Bando Association (ABA), and served as president of the ABA from 2014  to 2019. In Virginia, she is co-instructor at the Piedmont Bando of Northern Virginia martial arts club and has been adapting instruction to virtual classes classes. Deborah is a certified teacher of the Bando Monk System, which emphasizes a non-violent approach in responding to physical threats. An enthusiastic yoga practitioner, she received her 500-hour instructor certification from the Yoga Alliance in 2021. Deborah is a Master Reiki practitioner and has studied Burmese energy practices (Min Zin) and Chi Gong. She’s also practiced insight meditation for several years in the Pointing Out Way Mahamudra tradition with John Churchill. Her publications include the books Bando Women and Min Zin Mudras; and  she is a contributor to the seminal book Women in the Martial Arts. 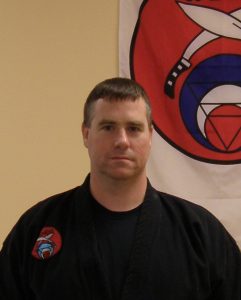 James K. Sheeran, co-founder of Piedmont Bando of Northern Virginia, was promoted to 4th degree black belt in 2014 by Dr. U Maung Gyi and is an active member of the American Bando Association.  He has training in the Bando Boar and Bull systems, as well as full-contact kickboxing.  A senior police officer with the town of Vienna, Virginia, James Sheeran deals routinely with the need to engage with physical conflict.   Like his instructor, Grand Master Joe Manley, James’ teaching focuses on foundational skills basics, with the philosophy that perfect practice can lead to perfection in technique and execution.

Grand Master R. “Joe” Manley is a founding member of the American Bando Association (ABA), being one of Grand Master Gyi’s original students as well as a former president of the ABA. Grand Master Manley was recognized as a a 9th level Black Belt by Bando Grand Master Dr. U Maung Gyi in 2014, and has competed, performed, and taught martial arts for over 40 years. In addition, he has studied the internal energy and healing arts for decades, and refers to his study of disciplines such as Chi Gong, Traditional Chinese Medicine (TCM), and Ayurvedic practices as the “Internal Journey”. An accomplished public speaker and educator, he has self-published the book, Common Sense: The Everyday Miracle. Grand Master Manley is currently focusing his efforts on sharing with others his journey that he describes as “Health Defense”, using Eastern practices to support the body’s natural ability for personal healing and improved health. 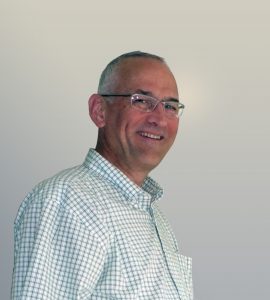 Worth Kirkman has a deep desire to help others discover the life-changing benefits that can come from a well-grounded insight meditation practice with the guidance of an experienced teacher.    It’s helped him become more open to new perspectives and less defensive, and overall he’s become a better person.  His early experiences as a teen with glimpses of awakened awareness felt highly meaningful and with the discipline of a structured practice over the past several years with his teacher, he’s discovered how life-changing, and satisfying, a well-grounded meditation practice can be.